Should CEOs Put Their Shareholders’ Interests Second and the Social Good First?

The most (in)famous money spinning and deal making streets in the world have been the subject of numerous movies – fictional and biopic, too. They need no introduction, no further explanation: Wall Street in New York and Canary Wharf in London.

One of the most cited quotes in the world of executive management is that of Milton Friedman, the winner of the 1976 Nobel Prize for Economics:

“There is one and only one social responsibility of business—to use its resources and engage in activities designed to increase its profits.”

Yet today, making profits – while conveniently disregarding all other potential considerations that may contribute to a business’ reputation, stakeholder engagement, customer satisfaction and so on – can no longer be seen as a singular, independent, overarching executive management obligation.

Shareholders, especially institutional shareholders and private equity firms, are becoming more sensitive about public perception and that overused phrased, totally ignored in the very near past: the ‘social licence to operate.’

And there are some CEOs who are leading the way in terms of business model overhauling to ensure the inclusion of environmental protection and social equity. Memorable, and truly laudable, in this regard is Iceland's CEO, Richard Walker. He took the conventional, usual flabby Christmas advertorial to a whole new level in 2018 when he broke all boundaries of what was considered acceptable in terms of corporate advertising, let alone corporate causes.

He was the first ‘supermarket’ chain CEO to put environmental causes to the core of Iceland’s entire product range and removed the use of palm oil from everything the supermarket sells. Iceland’s 2018 Christmas advert was considered so ‘outrageous’ by the UK’s Advertising Standards Agency, that it was banned from being aired on television due to breaching ‘political advertising rules’. That ban only added fuel to the fire: the social and print media made that ad go viral; and the rest is history. 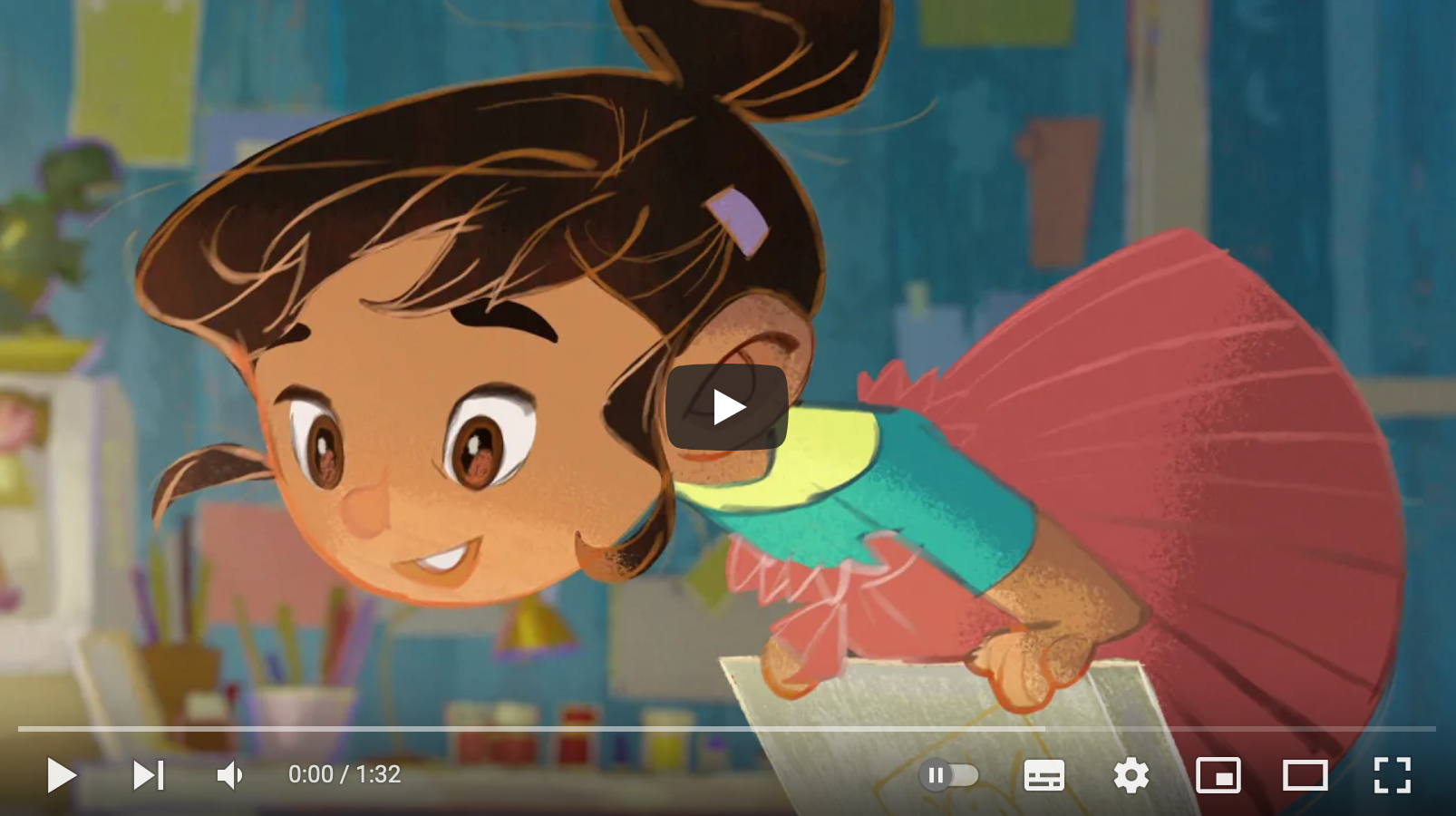 Three years on, in 2021, we have come a very long way as a society in terms of our conversations about climate change. Today, most CEOs of every possible and impossible (as in unlikely) corporation have a point of view on climate change, on their brand values and purpose, on how their environmental and social governance (ESG) rules are extraordinary and what they are going to do by [insert the year and hope they will do something.]

Very few CEOs – hardly any – are actually talking about what they are doing now. Climate activism has shaken up the corporate world and, because at Circklo we are a bit cynical due to how much we have seen, experienced, and faced ourselves along the years, one cannot help but wonder how much of this rhetoric is driven by public relations and how much it is driven by actual corporate strategy.

It was only very recent that IKEA’s CEO for Europe, Jesper Brodin, told BNN Bloomberg that “greenwashing is better than silence” … though accountability and the “hope” he spoke about sit at the opposite end of greenwashing. What customers want is the truth, not to be lied to.

How can a business’ CEO claim that ‘greenwashing’ is better than silence since, according to Investopedia: 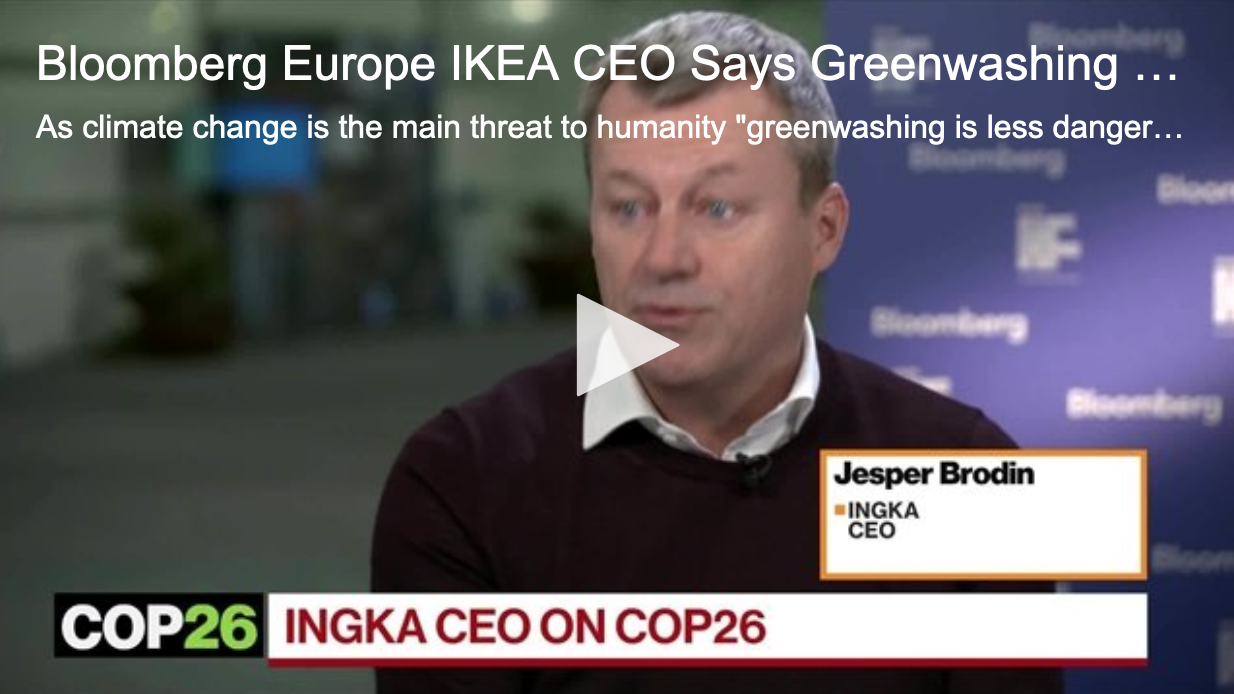 Unlike Iceland’s Richard Walker who not only got to keep his job and is still the company’s CEO, Emmanuel Faber (the CEO and Chairman of Danone) lost his. In 2020, Faber and his board put forward for the shareholders’ approval “a €3 billion climate and digital acceleration plan” – and the shareholders approved it … only to, later this year (2021) change their minds when a small shareholder interest-group managed to overthrow that decision and oust Faber and his entire board.

There may be many CEOs out there who want to do the right thing (that is, to do more than generate profit for the shareholders), and who are not allowed to do it. Yet, it is these individuals who are the public face of their organisation, not their shareholders.

Perhaps, just to prove every large corporation’s ‘green’ credentials and ESG commitments, the decisions and minutes of the shareholders’ meetings should be made public in the very near future (redacting, of course, any confidential or proprietary information). Then, the customers and the wider public will be able to see who helps and who hinders the fight for our planet, for the survival of all the species on it, and for meaningful social equity.

Today, to quote the CEO of a very interesting BCorp Brand Activism Agency – Don’t Cry Wolf – actions are far more important than any greenwashing, any corporate posturing, or any chest-beating statements:

“Come 2035, when I am working my way through my fourth packet of Jaffa Cakes and looking for elasticated denim on Google, no one is going to give a stuff about what I said 14 years ago. And even if they did, I’d have had 14 years to make up excuses as to why maintain the status quo was crucial”.