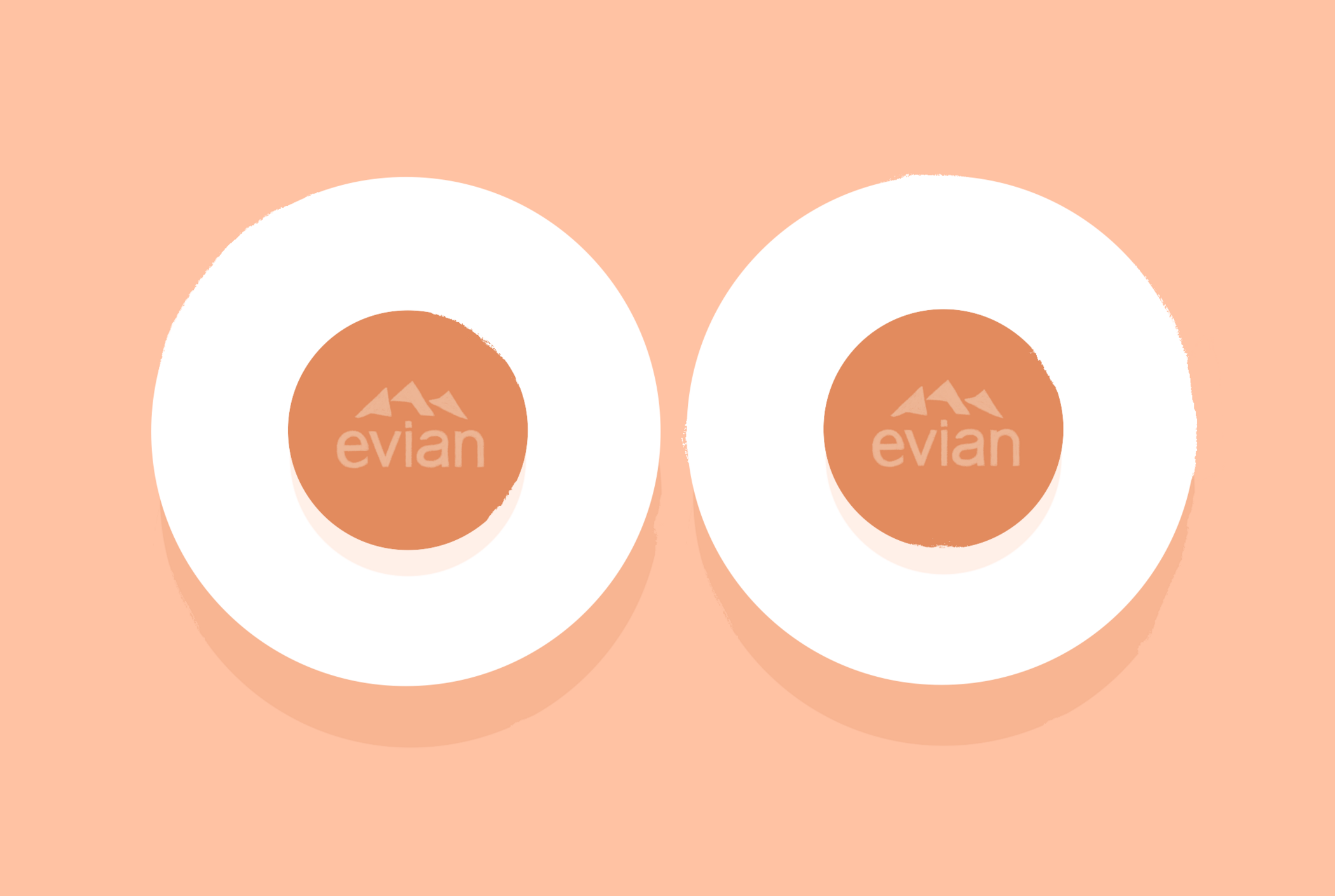 This month, after two years in development, Danone’s Evian launched their label-free bottle. With the exception of the cap it is produced using 100% recycled plastic, a big step up from the standard 40% in their other bottles, and features embossed branding in lieu of the usual non-recyclable plastic label.

Evian are heralding their new product as a landmark achievement in their journey to become a fully circular brand by 2025 claiming that, “The new bottle could provide a solution globally for a sustainable future, especially for ecommerce where there is no need for barcode labelling”.

In spite of strong partnerships, the two-year development period to remove a label highlights the complexities companies are faced with when pushing towards a more sustainable future. In 2018, Evian called for collaboration across industries and joined forces with Mission 2020 to inspire businesses at the World Economic Forum in Davos.

Christiana Figueres, convener of Mission 2020 and former Executive Secretary for the United Nations Framework on Climate Change is confident; she said, “for the first time ever we’re the generation that has the knowledge and the technology to stem the rise in global temperatures but we need to move faster. Brands taking bold steps such as Evian will help shift the needle and bend the emissions curve.”

Coca-Cola’s water brand in Japan, I Lohas, also announced a label-free bottle made from 100% recycled material in April this year and encountered similar obstacles. The labelling requirements by law, as well as the need for a barcode in many circumstances, mean that bottles are sold in bulk in cardboard boxes.

Danone is by no means late to the party when it comes to taking strides towards a more sustainable economy. Earlier this year Evian was certified carbon neutral by the Carbon Trust with help from yet another collaboration, this time helped by Livelihoods Carbon Fund. Danone itself has made a commitment to certify their global operations as a B Corp, already achieving this status with some subsidiaries, including the largest B Corp in the world, Danone North America.

So, it is no surprise to see Danone taking a top 10 spot in the Circklo Sustainability Index 2020, ranking in second place just behind Nestlé in the food and beverage sector.

Although Evian’s innovation should be applauded, the bottles themselves can only really be considered ‘circular’ if they indeed make it to the recycling centres. The packaging industry accounted for 42% of plastic use globally (146 million tonnes) in 2016, with Coca-Cola alone producing 117 billion plastic bottles a year. It is estimated that in 2015 only 20% of plastic was recycled. Unlike Evian’s product development cycle, tackling consumer behaviour looks to be taking longer than a couple of years. When brands step up like this, shifting their business models towards circularity, it also requires a change from the consumer to close the loop. A fact not lost on Coca-Cola who is no stranger when it comes to returnable bottle schemes.

Coke pioneered the returns system way back in the 1940s using their iconic glass bottles. Customers would pay a premium upon the initial purchase but received a discount when returning their empties resulting in a return rate of 96% according to a 1948 study by the United States Resource Conservation Committee.

At odds with a report last year suggesting Coca-Cola were against container deposit law, or ‘bottle bill’, in the US, the drinks giant’s Brazilian subsidiary has invested heavily in a collaborative initiative across their different soda brands enabling a returns scheme not dissimilar to that of the 1940s also delivering a return rate above 90%. By unifying bottle design across brands, a more efficient collection, refurbishment and refilling system has been implemented. The circular business model allows for each bottle to be refilled 25 times before it is recycled which Coca-Cola claim will replace 200 million single-use bottles per year in Brazil – a move in the right direction if they are to hit their sustainability goal, World Without Waste, which aims to collect and recycle a bottle or can for every one they sell by 2030.

There are no comments yet. Be the first one to leave a comment!